You are here: Home / Save Our Rand Estate (SORE) 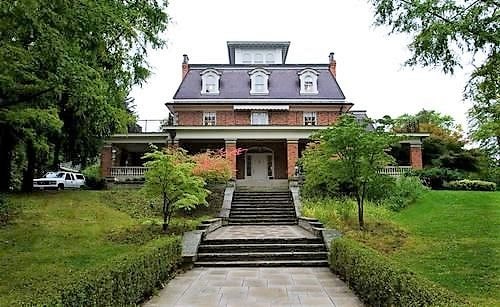 Benny Marotta of Solmar Development proposes to develop a seven-storey hotel, convention centre and entertainment complex on the Randwood Estate in Old Town Niagara-on-the-Lake.  A 160-unit subdivision proposal on the 200 John Street and 588 Charlotte Street properties was also revealed, buried in some of the material submitted to the Town.

The hotel proposal is seriously out of character with the historic and nationally significant Randwood Estate, as well as with Old Town itself.

The proposal is also a dramatic departure from the heavily negotiated but well-designed three-storey hotel that the community and the Town reluctantly accepted on the Randwood Estate only six years ago after much discussion, debate and, ultimately, compromise.

Well over 600 NOTL residents attended an initial Jan. 25, 2018, public meeting in the Community Centre where the shock and outrage in our community over the Marotta/ Solmar proposal was clearly demonstrated.

You made your position clear to the developer and his consultants, the councillors and town staff that this proposal should not and cannot proceed.

So many of you have, in a short period of time, volunteered your time, canvassed your neighbourhoods and aired your views at committees and at Council.

Your passion and participation have not gone unnoticed.  We are your voice.